During 2019, the Finnish public procurement notification channel hankintailmoitukset.fi, better known as Hilma, underwent a transformation. The previous service was closed down in early 2020 and made way for a new, hopefully bolder, service.

There were several reasons for this necessary change. First, the previous service was running on outdated technology. Second, the upcoming changes to procurement notifications were already known in 2018 when the decision was made. The implementing regulation which cemented the changes that the Commission had been preparing for a long time and with devotion finally saw light on 23 September 2019.

The implementing Act is exceptionally short – the text itself fits on four pages. However, the devil is lurking in the details. Attached to the regulation are 63 pages of spreadsheets imported from Excel into a PDF-page. The first thing that catches one’s eye is the change in the names used for the notices. The notices are in the future known as planning notice, competition notice, direct award procedure (DAP) notice, results notice and contract amendment notice. Terms contracting entity and contracting authority will also be waived. Hereinafter, the collective term “buyer” will be used. From IT standpoint, the fields used for notices are finally the same – only the fields change depending on which notice one is filling in. There is also an explanation or description for each of the fields – an issue I believe will facilitate the completion of the notices. Once the text to be filled in the field is defined even in roughly comprehensible language, I recon the buyer will be better able to guess what she or he is expected to write in each of the fields.

However, the new electronic forms cannot be introduced in Finland or in other member states as such. The introduction of electronic forms requires decisions to be made as to which of the 40 types of notices under the main notice categories will be used in Finland. For example, do we need a buyer profile notice, or do you want to introduce, even on voluntary basis, a contract award notice for call-offs and mini-tenders within framework agreements?

Before deployment, additional decisions need to be made on which terms will be used in the eForms in Finland. Currently, the terms used in the Act on Public Contracts, the EU Procurement Directives, Hilma and the different tendering systems differ to some extent. I also think that the Commission Implementing regulation has some mistranslations. In Finland, we are used to talking about dividing the tendering procedure into parts. However, the Implementing Regulation uses the word “a lot” (in Finnish, erä) to mean “a part” (in Finnish, osa). These errors need to be corrected – or at least there needs to be an explanation that a lot means the same as a part.

As the Commission’s implementing regulations will apply as such in the Member States, without enacting national law, I believe that when we make the next changes to the Act on Public Contracts, we will also have to look at the terms defined in the electronic forms and perhaps change the law to match the vocabulary used in electronic forms.

To assist the national implementation of electronic forms in member states, the Commission has issued a “Policy Implementation Handbook. The handbook goes into details about what decisions need to be made for notices and fields before starting the technical coding work. The State Treasury will, in co-operation with key stakeholders, make a proposal for the electronic forms to be introduced and the mandatory and voluntary information to be provided in them. The work must be completed by the beginning of 2023 at the latest, so that there is time for technical implementation both in Hilma and in the systems used for tendering that send notices to Hilma. The new electronic forms can be introduced from November 2022 onward and must be in use in all Member States by the end of 2023. 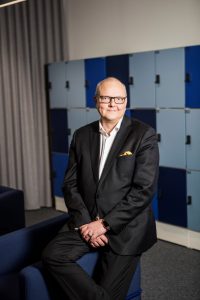