Active and effective cooperation between authorities also plays a key role in the fight against fraud. Communication is a vital part of fraud prevention, and many cases could have been prevented by effective communication and information sharing, says Ville Itälä, Director-General of OLAF.

Itälä spoke about the topic in a training event organised at the State Treasury on 16 June 2022. He discussed how anti-fraud measures should be taken into account in the EU’s Recovery and Resilience Facility. The training, aimed at support authorities, provided concrete tools for fraud prevention and detection.

In addition to Itälä, Toni Tiala, Ministerial Adviser at the Ministry of Finance, Ritva Sahavirta, Delegated Prosecutor at the European Public Prosecutor’s Office, Saana Tarhanen, Senior Specialist at the Ministry of Agriculture and Forestry were present. From the State Treasury, there were Timo Laitinen, Director General, Tuuli Raatikainen, Senior Specialist, and Vesa Hagström, Project Director.

Finland’s reputation and credibility at a good level 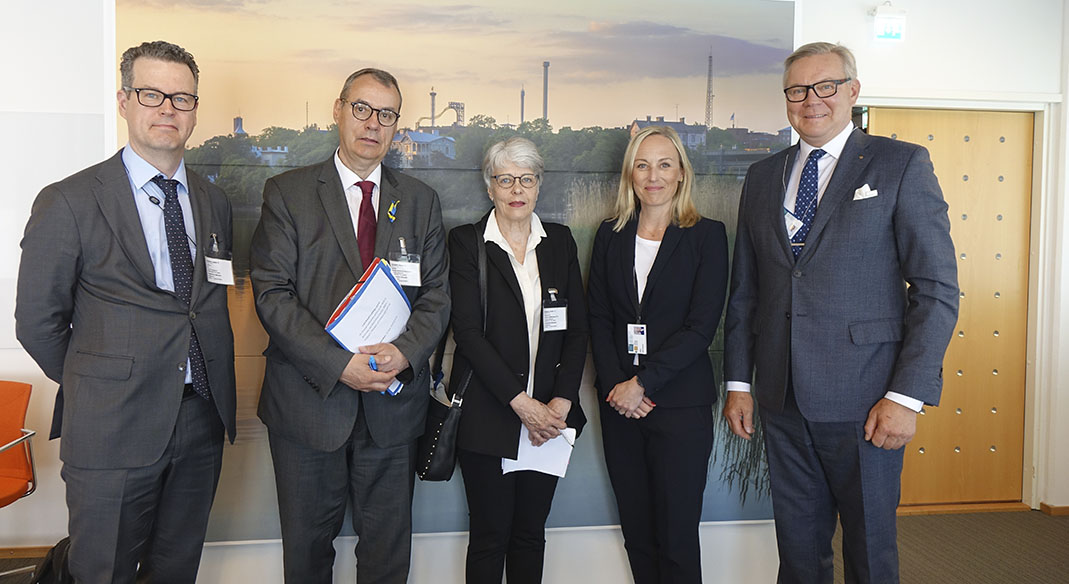 In the photo are Toni Tiala, Ville Itälä, Ritva Sahavirta, Mari Näätsaari and Timo Laitinen, who opened the training event.

Ville Itälä, Director-General of the European Anti-Fraud Office OLAF thinks that it is great that Finland stays around zero in OLAF’s non-compliance reports. He believes that this is due to an extremely strong local control in Finland. 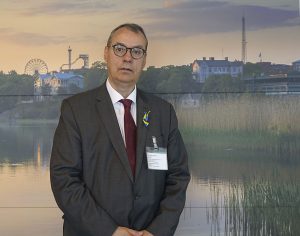 “However, these statistics will not remain as they are without help; it will still require the same high‑quality work that is already being done in Finland,” Itälä sums up.

In the training, Itälä presented factors that increase the risk of fraud, such as corruption, provision of false documents and organised crime.

Itälä points out that the risk of increasing amount of organised crime is also increasing in Finland. “Criminals are incredibly inventive and find their way anywhere there is money. Digitalisation, among other things, is being exploited.”

In practice, OLAF conducts administrative investigations. After receiving a hint of fraud or non‑compliance, it is assessed whether it makes sense to initiate an investigation. If the investigation process is initiated, all possible information will be collected by visiting the site and interviewing witnesses and suspects. Conclusions will be drawn based on the data collected and, if any irregularity has occurred, a recommendation will be made to the national authorities. In other words, OLAF itself cannot prosecute or arrest anyone. Instead, the national authorities make the decision to prosecute or open an investigation based on the recommendation issued by OLAF.

The complexity and significance of OLAF’s work were concretised in a case that Itälä finds to be one of the most touching ones in his career. Local authorities in Europe confiscated a shipload of toys from third countries. The toys were dangerous and arrived just before Christmas. If the toys had reached the Christmas market and after that, children, it could have been very bad.

“The case has been etched in my memory and it shows that my work is about more than just money. Human health is also an important part of OLAF’s responsibilities.”

Itälä emphasises the importance of cooperation between the authorities at both national and European levels, especially when it comes to EU funds. The whole consists of data from individual parties. Therefore, communication is a vital part of fraud prevention, and many cases could have been prevented by effective communication and information sharing.

Ritva Sahavirta, Delegated Prosecutor of the European Public Prosecutor’s Office EPPO encourages the administrative authorities deciding on grants to contact her with a very low threshold. 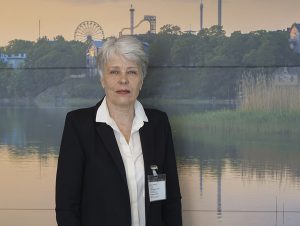 Ritva Sahavirta hopes to be contacted at a low threshold.

“EPPO is a relatively new organisation, and I would be very pleased if we could contact as many authorities that make concrete decisions on these grants as possible. We could discuss their procedures and whether they understand their procedural risks:”

It is important to recognise the characteristics of fraud

The purpose of a benefit fraud is to obtain financial benefits for oneself or others. Its open characteristic is usually the provision of false information, its concealment or failure to report a matter or a significant change that is likely to have a material impact on the access, amount or terms of a grant.

Authorities should recognise the criteria to be able to identify possible cases of abuse. Discussing together leads to a mutual understanding, which is an essential part of the operations.

“I am convinced that Finnish civil servants will do their utmost to combat crime if they just get a tip on how to do it,” Sahavirta says.

Sahavirta believes that as the workdays of the relevant authorities, such as judges and the police, are filled with cases of abuse and crimes, they cannot nurture any false beliefs about Finland as a completely safe country.

“However, people in Finland trust each other very much, so it is easy for the authorities to get lulled into the idea that citizens are honest about any matter,” Sahavirta adds. It is easy to be naïve, which means that the characteristics of fraud are not so clearly visible.

“The EPPO structure is unique”

During the training, Ritva Sahavirta presented the areas of competence of EPPO, how a pre-trial investigation process progresses in practice and some open features that authorities can utilise in their operations.

Sahavirta considers the structure of the EPPO office unique, as, although it crosses borders, cooperation between Member States under one agency works well, both technically and legally. Even though national laws are not in harmony with each other, professionals in the agency know how to apply the law of their own country.

Tuuli Raatikainen, Senior Specialist at the State Treasury, and Mari Näätsaari, Unit Director who moderated the meeting, considered the training organised in cooperation with the Ministry of Finance to be a significant entity in which the strategic level of the EU was combined with concrete operating instructions. 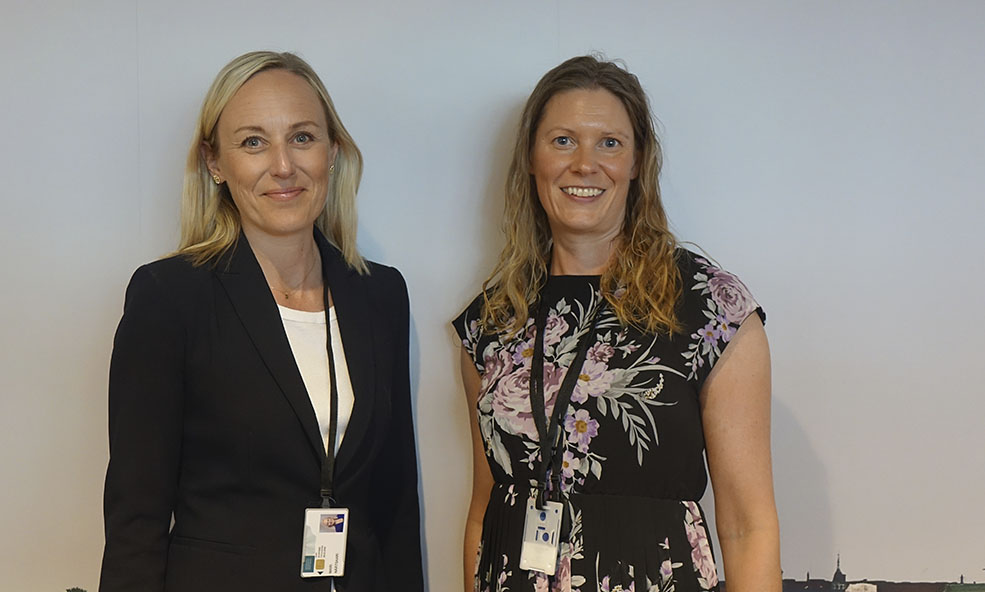 The event also enabled creating deeper inter-agency cooperation and new contacts between different ministries. Cooperation between the authorities is valuable, as working together improves the operating methods.

Mari Näätsaari and Tuuli Raatikainen consider this role of the State Treasury and proactive response important for support authorities. In this training event, they received support, help and instructions for their own operations in the fight against fraud.